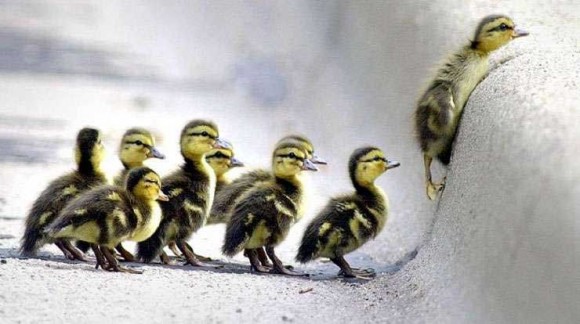 So tonight I attended a brilliant talk on leadership by Dave Olson. When I wasn’t aggressively taking notes I found myself nodding in agreement. Here is a summary of the 10 traits of an amazing leader.

1. It’s where the buck stops

We are all leaders. Some seem to naturally attract people’s respect and ears, for others of us we are in the process of learning the same traits to become great leaders too. When looking for leaders in a room watch where the buck stops. It’s a simple expression, but it means a lot. A real leader finds problems and solves them, they don’t just highlight them for others and pass them on, no they take full responsibility and own them.

Leaders are clear and confident about their decisions. It’s hard for a team to follow an indecisive leader. As Dave said, “People don’t rally around unless they hear a clear trumpet call!”

4. Become a good judge of character

Burn me once, shame on you, burn me twice shame on me. As a leader we put people in places of leadership, we need to be able to trust the character of our teammates. Whereas skills can be taught, character is really hard to bring out of somebody. As Dave said, when you have a garden it’s better to uproot weeds early than to let them grow and uproot everything around them when you pull them out.

Often times the person we see ourselves as is not the same as the person others see us as. This is a tough skill to develop and sometimes it requires honesty from others, which can hurt a little. Leaders are self-aware and develop inter-personal skills that help the people around them grow. We need to be honest with ourselves so that we can “preach what we practice, not practice what we preach.” When a leader does well he reflects it on his organization and team. When it goes badly he reflects it on himself.

6. The ability to deal with criticism

Criticism is hard to receive. Sometimes it is true, sometimes it is not, often times it is a mix of both. Leaders know what to accept, what to throw away and what to learn from.

7. The ability to deal with flattery

Flattery can be much more dangerous than criticism. A leader knows to be careful of flattery as it can greatly mislead them about the character of the flatterer and lead to some bad decisions. As Dave stated, “If you believe criticism it will depress you, if you believe the flattery it will destroy you.”

Leaders have the ability to rally people to a better future. They know how to communicate vision. A leader must be clear on outcome and focus, but not on all things. They need to give followers the latitude to select the strategies and tactics to accomplish the goals.

The one difference between successful people and non-successful is focus. Focus needs to be simple and clear and people will be on board. It needs to be purposeful. “This is why I am doing it.” A leader eliminates distractions. They know how to kindly say no because they have a focus. They have something they are already doing. A leader does the things they are good at. And a leader delegates tasks to people if are good at them. They don’t delegate a task to people if they are not good at it. Leaders find what people are good at and they give them more of it. A leader also gives people the freedom to try things and lets them say, “this isn’t what I’m good at.”

10. Take care of yourself