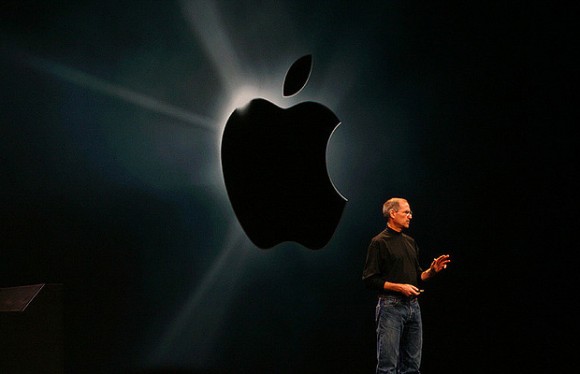 A hero of mine is Steve Jobs. He built two amazing companies, Apple and Pixar, and brought them both back from the brink of destruction. Sure he had lots of flaws. But also lots of wisdom. Here are some of his quotes I’ve collected over the years. (feel free to add anymore to the comments)

You have to have a lot of passion for what you are doing because it is so hard… if you don’t, any rational person would give up. Steve Jobs

great things in business are never done by one person, they’re done by a team of people. Steve Jobs

We had a fundamental belief that doing it right the first time was going to be easier than having to go back and fix it. And I cannot say strongly enough that the repercussions of that attitude are staggering. I’ve seen them again and again throughout my business life. Steve Jobs

It’s more fun to be a pirate than join the Navy. Steve Jobs

My model for business is the Beatles: they were four guys that kept each other’s negative tendencies in check; they balanced each other. And the total was greater than the sum of its parts. Steve Jobs

That’s been one of my mantras — focus and simplicity. Simple can be harder than complex: You have to work hard to get your thinking clean to make it simple. But it’s worth it in the end, because once you get there, you can move mountains. Steve Jobs

The only consultants I’ve ever hired in my 10 years is one firm to analyze Gateway’s retail strategy so I would not make some of the same mistakes they made [when launching Apple’s retail stores]. Steve Jobs

I’m convinced that about half of what separates the successful entrepreneurs from the non-successful ones is pure perseverance.Steve Jobs

Getting fired from Apple was the best thing that could have ever happened to me. The heaviness of being successful was replaced by the lightness of being a beginner again, less sure about everything. It freed me to enter one of the most creative periods of my life. Steve Jobs

Triumph of the Nerds: The Rise of Accidental Empires, PBS, 1996

Picasso had a saying. He said ‘Good artists copy, great artists steal.’ And we have always been shameless about stealing great ideas.Steve Jobs

When you first start off trying to solve a problem, the first solutions you come up with are very complex, and most people stop there. But if you keep going, and live with the problem and peel more layers of the onion off, you can oftentimes arrive at some very elegant and simple solutions. Most people just don’t put in the time or energy to get there. We believe that customers are smart, and want objects which are well thought through. Steve Jobs

I think it’s brought the world a lot closer together, and will continue to do that. There are downsides to everything; there are unintended consequences to everything. The most corrosive piece of technology that I’ve ever seen is called television – but then, again, television, at its best, is magnificent. Steve Jobs

Creativity is just connecting things. When you ask creative people how they did something, they feel a little guilty because they didn’t really do it, they just saw something. It seemed obvious to them after a while. Steve Jobs

When you’re a carpenter making a beautiful chest of drawers, you’re not going to use a piece of plywood on the back, even though it faces the wall and nobody will ever see it. You’ll know it’s there, so you’re going to use a beautiful piece of wood on the back. For you to sleep well at night, the aesthetic, the quality, has to be carried all the way through. Steve Jobs

See, one of the things you have to remember is that we started off with a very idealistic perspective-that doing something with the highest quality, doing it right the first time, would really be cheaper than having to go back and do it again. Ideas like that. Steve Jobs

I make 50 cents for showing up … and the other 50 cents is based on my performance. Steve Jobs

My job is to not be easy on people. My job is to make them better. My job is to pull things together from different parts of the company and clear the ways and get the resources for the key projects. And to take these great people we have and to push them and make them even better, coming up with more aggressive visions of how it could be. Steve Jobs

We had the hardware expertise, the industrial design expertise and the software expertise, including iTunes. One of the biggest insights we have was that we decided not to try to manage your music library on the iPod, but to manage it in iTunes. Other companies tried to do everything on the device itself and made it so complicated that it was useless. Steve Jobs

I have a great respect for incremental improvement, and I’ve done that sort of thing in my life, but I’ve always been attracted to the more revolutionary changes. Because they’re harder. They’re much more stressful emotionally. And you usually go through a period where everybody tells you that you’ve completely failed. Steve Jobs

Software is what will distinguish products in the next 10 years. And I think the technology for software is just starting to come into its own. Steve Jobs

[Design is] not just what it looks like and feels like. Design is how it works. Steve Jobs

Much of what I stumbled into by following my curiosity and intuition turned out to be priceless later on. Steve Jobs

We’re always thinking about new markets we could enter, but it’s only by saying no that you can concentrate on the things that are really important. Steve Jobs

I mean, some people say, ‘Oh, God, if [Jobs] got run over by a bus, Apple would be in trouble.’ And, you know, I think it wouldn’t be a party, but there are really capable people at Apple. My job is to make the whole executive team good enough to be successors, so that’s what I try to do. Steve Jobs

The Mac team was an attempt to build a whole team like that, A players. People said they wouldn’t get along, they’d hate working with each other. But I realized that A players like to work with A players, they just didn’t like working with C players. Steve Jobs

Macworld Conference and Expo in Jan. 2007

There’s an old Wayne Gretzky quote that I love. ‘I skate to where the puck is going to be, not where it has been.’ And we’ve always tried to do that at Apple. Since the very very beginning. And we always will. Steve Jobs

I’m convinced that to give away a dollar effectively is harder than to make a dollar. Steve Jobs

You’ve got to start with the customer experience and work back toward the technology – not the other way around. Steve Jobs

Software is the user experience. As the iPod and iTunes prove, it has become the driving technology not just of computers but of consumer electronics. Steve Jobs

Being the richest man in the cemetery doesn’t matter to me … Going to bed at night saying we’ve done something wonderful… that’s what matters to me. Steve Jobs

I’m a big believer in boredom. Boredom allows one to indulge in curiosity and out of curiosity comes everything. All the [technology] stuff is wonderful, but having nothing to do can be wonderful, too. Steve Jobs

For the past 33 years, I have looked in the mirror every morning and asked myself: “If today were the last day of my life, would I want to do what I am about to do today?” And whenever the answer has been “No” for too many days in a row, I know I need to change something. Steve Jobs

Everything around you that you call life was made up by people that were no smarter than you and you can change it, you can influence it, you can build your own things that other people can use. Once you learn that, you’ll never be the same again. Steve Jobs

Remembering that I’ll be dead soon is the most important tool I’ve ever encountered to help me make the big choices in life. Because almost everything — all external expectations, all pride, all fear of embarrassment or failure — these things just fall away in the face of death, leaving only what is truly important. Remembering that you are going to die is the best way I know to avoid the trap of thinking you have something to lose. You are already naked. There is no reason not to follow your heart. … Stay hungry. Stay foolish. Steve Jobs

For the love of adventure, classic design, innovation and intriguing stories. Live your dream and help others along the way. A blog of sorts