I’m sure you’ve already seen a lot of stats on people’s happiness in the work place. I’ve seen so many stats it’s almost noise now. But I included this image to remind us that dissatisfaction in the workplace is all around us. And it’s fairly easy to conclude that unhappy people are probably demotivated. 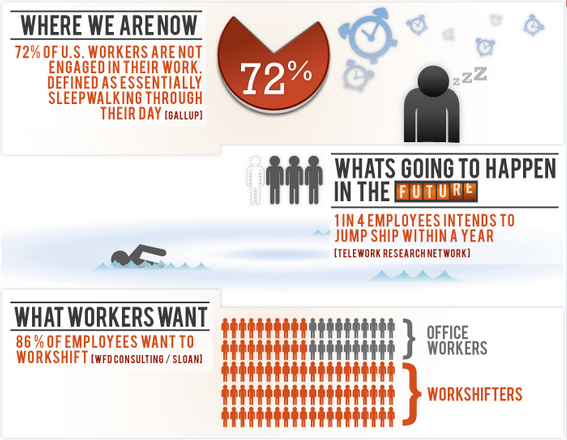 Dan Ariely, a behavioural economist, tells a story of one of his students. For three weeks his student was working on a presentation he was making for a company merger. He worked late nights, tirelessly researching and creating a very good slideshow. After the 3 weeks he sent the presentation to his boss. His boss replied with an email. Good slideshow, the merger is off. Hearing that his all his work was suddenly worthless the student had the wind knocked out of him and he was really depressed and demotivated.

Dr Ariely was intrigued by his student’s response and set up an experiment to see the link between acknowledgement and motivation. It was a simple test. He set up a test where people were paid to build lego sets. They were paid $3 to build the first set. The next set $2.70. Each time the lego sets were placed under a table and later disassembled for the next student. He also set up another test, this time disassembling the lego sets while they were building the next one. By the 3rd lego set, they were given the first set to rebuild.

The results were interesting. The first group built 11 sets. While the second group only built 7.

Later while giving a talk at a technology company he was told from the team that they could relate to this story. They had been working on a project for 2 years that the CEO had just killed. Dr. Ariely did a quick survey of the team and discovered that since the project was killed many of them were coming in later, leaving earlier and were largely discouraged and demotivated. The project that they had spent so much time building had been killed in front of them.

There is a lot for all of us to learn from this story. As entrepreneurs we know the importance of motivating ourselves. But sometimes we forget about how our decisions can kill the motivation of our team.

Dr Ariely then asked the team if the CEO could have done anything differently, the responses were very interesting. They could have been invited to present on what they had learned in the last 2 years. Or they could have been allowed to present ideas for new possible spinoffs of the project. Etc. What they were really asking for were ways to recognize that the time they spent working on the project was valuable and worthwhile.

You can watch the very interesting video of Dan Ariely speaking at TED here.

Let’s not leave things here. You know it’s easy to demotivate employees, now how do you motivate them?

1. Look over your employees work. Not 24/7 (that’s micro-management). Make them feel like someone cares about the hard work they put into their job.

2. Remind them about the big picture. People love to know why they do things. And if we admit it, we love to know as well. As entrepreneurs we spend hours thinking about why we are building our products. What’s the point? Remember, that employees don’t care about making you more money. So the reason has to be something tied to your values.

What turbocharges our productivity? 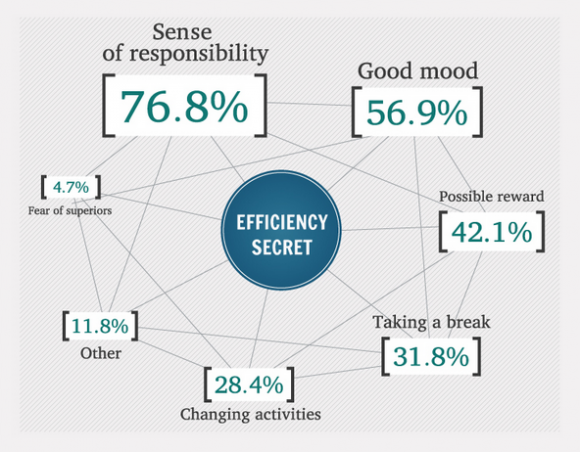 Surprise surprise working late is not good for you.