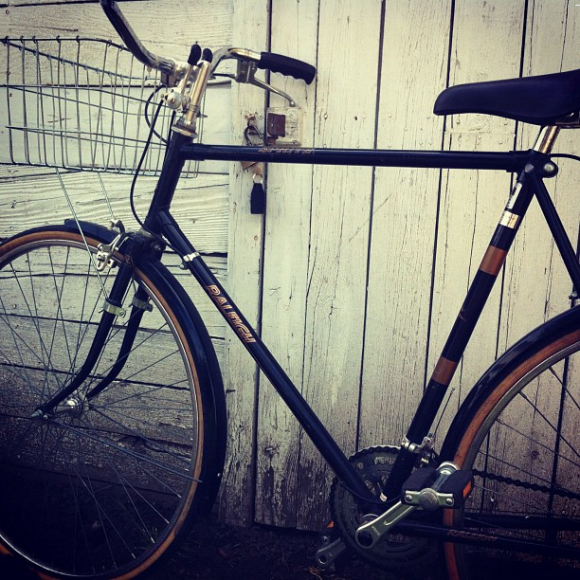 Why is it that some designs become classics while others do not? Some classics were loved right from the beginning while others were little loved and mostly ignored until much later. Yesterday I was greeted by my old polish neighbour, “do you want this bike? 10 bucks.” In our transaction that briefly followed I quickly realized that what he saw as an old, somewhat useful, bicycle while what I saw was an icon of British 70s culture and a classic.

This lead me to ask the aforementioned question, what is it that makes a product become a classic? I believe there are three elements that a product must have that will lead it to becoming a classic. I also believe that it is one of these elements that will answer why some classics are only recognized as such later.

The three elements are as follows:

3. Visually represent the culture of its time.

What do these elements mean? Lets start with the first one, beauty. Beauty is rightfully relative to the beholder, yet some designs capture near universal appreciation. This is a core requirement for a design to become a classic. The design of a classic is appreciated by nearly everyone. Furthermore, the design of a classic stands the test of time. It doesn’t merely embody the design of a fad, but has universal principles of design, such as smooth contours or balanced color schemes.

Secondly, a classic usually embodies an ideal. Let’s think about the classic VW Beetle, “the car for the People”. Or the Porsche, “the car to show the world you made it”. Some ideals were respected, some hated and some were ignored. But usually later, as new products saturate the marketplace, the ideal of the classic stands out and becomes more attractive. The form of the classic becomes a visual representation of that ideal.

Lastly, a classic visually represents the culture of its time. Just as the ideal of a product becomes more obvious over time, so do the ideals of cultures. When those two ideals run in parallel a classic is formed. However, often a culture is not aware of the uniqueness of its time. Nor that the boring product that they take for granted will one day symbolize the ideals that they will become known for or believe in.

When an object, a product, captures all three of these elements it is known as a classic. We do not have to think of what makes a product a classic to recognize it as one. However, when you look at that 30+ year old bicycle sitting in the back of the yard, reminding you of a simpler time, a time before computers ruled the workplace and cellphones ruled the living rooms and buses, you realize it is more than a peace of art, its a symbol of hope and the simple life.