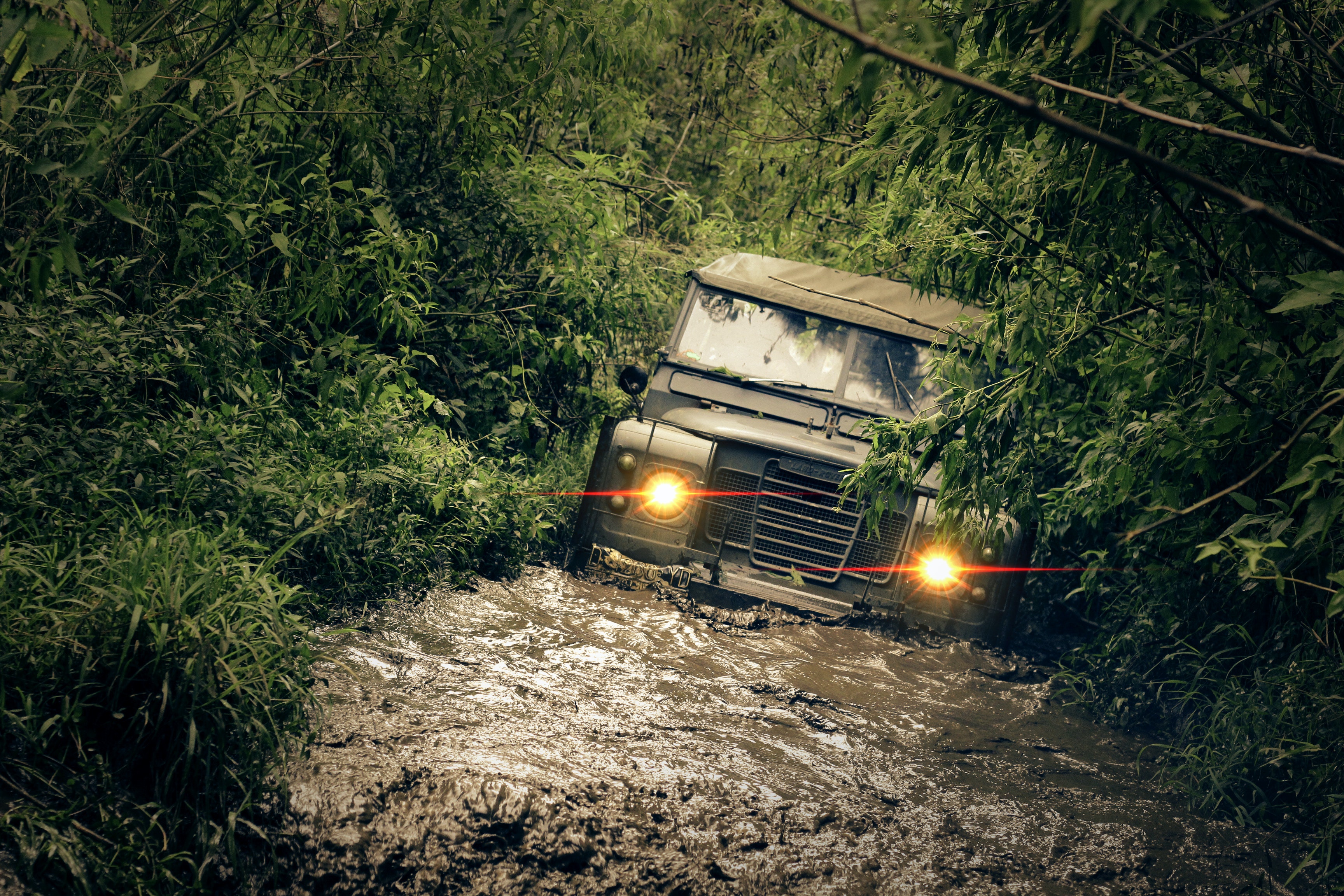 Often confused and misused – Here is a list of the most common off-road terms and definitions for your reading pleasure.

A vehicle being designed to operate away from public roads. First known use of the word off-road was in 1954. [Merriam Webster]

Off-roading is the activity of driving or riding a vehicle on unsurfaced roads or tracks, made of materials such as sand, gravel, riverbeds, mud, snow, rocks, and other natural terrain. Types of off-roading range in intensity, from leisure drives with unmodified vehicles to competitions with customized vehicles and professional drivers. [Wikipedia]

Overlanding is self-reliant overland travel to remote destinations where the journey is the principal goal. [Wikipedia]

Off-pavement driving on a track or thorough-fare across land or snow. These travel-ways are established routes through the wilderness and are either constructed or created over time through use. Trails can be maintained or unmaintained and have varying degrees of difficulty. Some trails may be so remote they haven’t been used in years. Yield right of way to hikers, cyclists, horses and non-motorized vehicles. [Americantrails.org, Driving Line]

Green laning (or two-tracking) is a leisure pursuit, generally suitable for any four-wheel-drive vehicle, even those without modifications or additional equipment. The term green lane refers to the fact that the routes are predominantly along unsurfaced tracks, forest tracks, or older roadways that may have fallen into disuse. [Wikipedia]

Mud bogging (also known as mud racing, mud running, mud drags, or mudding) is a form of off-road motorsport popular in Canada and the United States in which the goal is to drive a vehicle through a pit of mud or a track of a set length. [Wikipedia]

Dune bashing is a form of off-roading on sand dunes. [Wikipedia]

A gravel road is a type of unpaved road surfaced with gravel that has been brought to the site from a quarry or stream bed. They are common in less-developed nations, and also in the rural areas of developed nations such as Canada and the United States. [Wikipedia]

An all-wheel drive vehicle (AWD vehicle) is one with a powertrain capable of providing power to all its wheels, whether full-time or on-demand. [Wikipedia]

The most common forms of all-wheel drive are:

4×4 (also, four-wheel drive and 4WD)
Reflecting two axles with both wheels on each capable of being powered.

6×6 (also, six-wheel drive and 6WD)
Reflecting three axles with both wheels on each capable of being powered.

8×8 (also, eight-wheel drive and 8WD)
Reflecting four axles with both wheels on each capable of being powered.

Vehicles may be either part-time all-wheel drive or full-time: [Wikipedia]

One axle is permanently connected to the drive, the other is being connected as needed.

All axles are permanently connected, with or without a differential.

The wheels are driven, but not dependent on a central mechanical power coupling.

A rugged automotive vehicle similar to a station wagon but uses the body-on-frame chassis. [Wikipedia]

Purpose-built 4×4 vehicle to crawl over rocks and boulders. [Quadratec]