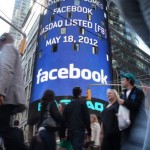 A few days ago I wrote an article about what the injection of funds to Facebook investors will mean for the startup community. Well, just a few days later, Facebook’s IPO stock price is falling and everyone is pointing fingers.

The initial investors have a nice payout, they walk away happy, but at what cost? Some blame Morgan Stanley others blame Facebook for the hype. Investment funds around the world are claiming to have been mislead and lied to. They were told that Facebook was oversubscribed, and that they would be lucky to get any stocks at all.

“Some investors say they felt misled by the underwriters. According to one London-based fund manager who asked not to be named, bankers indicated demand was so strong that he placed a bigger order than he thought he would get, leaving him with 40 per cent more Facebook shares than anticipated. He sold most of that stock on the first day of trading.” The Star.

So what does this mean for future startups looking to launch an IPO? It means three things.

1. If a tech startup raises their stock value a week before their IPO, expect distrust.

3. If a tech startup claims over subscription, expect skepticism.

Facebook still has a big future, it is the largest Social Media site on the web (700,000,000 users). It’s future has little to do with the stock price. Unfortunately, however, due to their size and influence Facebook’s greed has probably tarnished the investors trust of most other technology startups looking to enter the stock market in the future, making it that much harder for the next one.